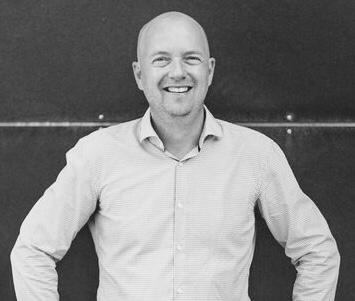 Interview with Andreas Mosgan-Steinbachner from FUNDUS.

From November 2018 to October 2019 the StadtmacherInnen operated a flea market shop for charitable purposes in Johann-Offner-Strasse in Wolfsberg for the temporary use of an empty shop. Shortly afterwards Daniel Scharf opened his pop-up shop `Take-a-Ride` in the shop premises and he has since become the permanent tenant. The idea of the second-hand shop was taken over by Andreas Mosgan-Steinbachner and in November 2019 he and his wife Martina opened FUNDUS in Bambergerstraße. This business also started as a pop-up and made the transition to be permanently rented – first on one floor and a half year later, in spring 2020, the upper floor of the business was also rented.

We were able to ask Andreas Mosgan-Steinbachner a few questions.

Yes. It was very, even immensely helpful because it gave us the financial basis for realizing the business idea. Without this support it would not have been possible to open the store.

How has the business been received by the population?

It has been very well received, extremely well in fact! We saw a steady increase in business from November 2019 until the first lockdown. We have received positive feedback from customers right from the start – as if many had been waiting for a store like this, because there was actually nothing like it in Wolfsberg. There are similar second-hand shops in larger cities like Villach and Vienna and although others in Carinthia have jumped on this bandwagon, it takes a lot of effort to maintain a certain standard. We hear from customers that Fundus really is something special.

Your wife Martina has a very good hand for styling and also in dealing with customers, did that surprise you?

I’m surprised myself by how beautifully and how lovingly Martina does it and she is wholeheartedly involved, even though she isn´t actually from the industry. We are a good team. Everyone has their own areas and I just don’t interfere with certain things.

Where do you get your stock?

We buy a lot, from various flea markets for example, or from estates and removals that I carry out. I have a trade license for decluttering and removals and mainly do this in the Lavanttaler area and to purchase special pieces I am willing to drive longer distances. We travel a lot to Burgenland and Lower Austria – last weekend we were in the Salzkammergut and visited flea markets, in Bad Ischl for example, and took a few ideas home with us.

What is special in the store?

The shop is actually full of special objects, but what comes to mind are the cast-iron stoves, 3 restored Danish cast-iron stoves from the 1920s, 30s and 40s. There are always small and large pieces of furniture in the shop, dishware and other household goods, books, table linen and records and much more. We also currently have 3 locals who sell their wares in the shop – Manavita Aromamanufaktur, White Creek Ceramics by Andrea Unegg and Erich Kronlechner’s `Kaffee Krone`. Pumpkin seed oil from southern Styria and wine from the Habsburg winery in Wagram, Lower Austria are also available for purchase.

Then the fundus motto “Hier findet jeder etwas” (“Everyone finds something here”) is correct?

Yes, that’s how it is supposed to be.

Do you also have a personal motto in life that you would like to share with us?

I like to travel around, but I also try to enjoy everyday life and living in Wolfsberg. I like living in this small, familiar town and many doors and gates have recently opened, and I’m not just talking about Fundus. In such an manageable city it is easy to start conversations with others and actively participate in what is going on. A lot is happening businesswise, for example we have a new neighbor who is an absolute enhancement, attracting customers from far and wide.

The Fundus flea market is planned to take place every first Saturday of the month from 10 a.m. to 2 p.m. The next date is July 3rd, when we will offer numerous items for sale on the street in front of the shop. A road block would be ideal, a pedestrian zone during the flea market – I have already initiated it and I very much hope that it will be approved, but I haven’t received any notice yet. Others can also join in and since we are allowed to sell drinks we will do so and Krone coffee and cake will also be offered. Then the first Saturday of the month will be an experience in Wolfsberg – Walter’s flea market, KuKuMa on Hohen Platz square and the Fundus flea market with drinks, coffee and cake.

What are your hopes when you look to the future?

I would like to see an even bigger change in thinking towards more sustainability. Instead of large amounts of cheap goods being bought from various retail chains I would like to see a return to old-fashioned, stable and second hand furniture. That furniture and objects from grandmother’s time with a story are valued even more. In Fundus we experience that many young people, including students, are looking for pieces with a certain patina, unique objects rich in history for everyday life that evoke memories of grandma, for example. Many people come into Fundus and remember times gone by because they see certain dishes or pieces of furniture from the past – it’s nice to observe.

How does the furniture get to the customer?

In the Wolfsberg area we deliver for free, but we also deliver to Vienna for a flat rate. We have already delivered to Vienna several times because some customers come bargain hunting to us from far away. We even delivered a sideboard to Linz once. Through Instagram and our homepage customers outside of Lavanttal have also found us.

So would you say that you have succeeded with Fundus?

Yes, absolutely. In November we will hopefully celebrate our second birthday, unfortunately it was not possible to celebrate the first one because of the lockdown. The 150m2 and the location in Bambergerstrasse are just right for us.

Last year we bought a small alpine hut on the Saualpe and mostly filled it with a lot of furniture and dishware from Fundus, the Moosbacher-Hütte. We are happy to have a retreat and relaxation opportunity, mainly for the family, but of course it is also possible to rent the hut for a week or a few days.

We are also thinking about a new idea, I don’t know how or if we will be able to realize it yet – to rent a somewhat larger warehouse outside of the city in addition to the shop in Bambergerstrasse, similar to Urban Industrial in Berlin. But this idea has to mature first and at the moment we have enough to do.