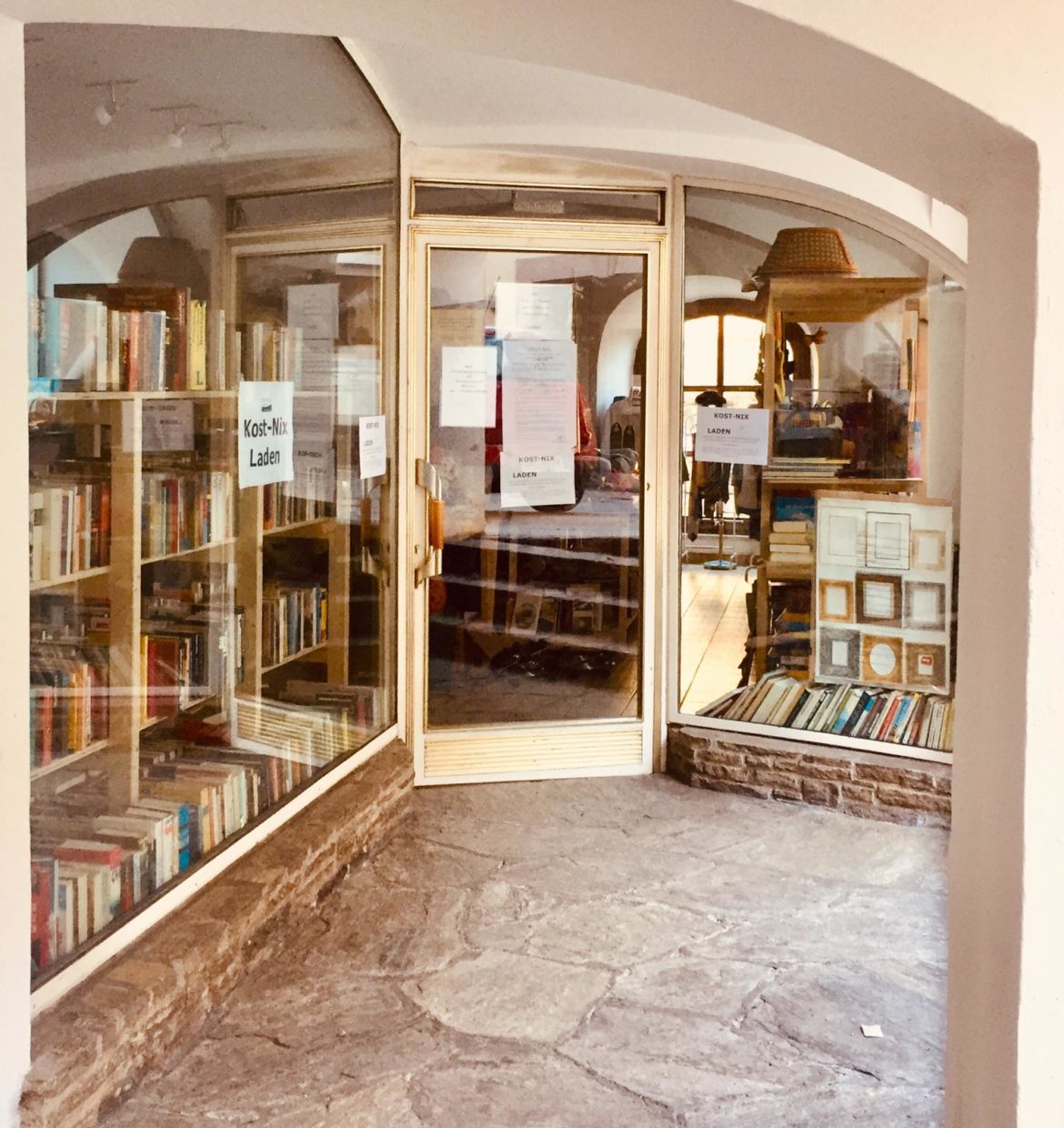 One of the successful projects in 2020 to revitalise the city of Wolfsberg is the “smartWOLF” swap shop project “Kost-Nix-Laden” in Bambergerstraße 2. City councillor and 1st vice mayor Christian Stückler provides answers to the most frequently asked questions.

How does the “Kost-Nix-Laden” work?

This is a shop where you can essentially swap – you bring things that you no longer need, clothing, household wares, shoes, books and toys, and you can take something else with you. That is the basic idea. In many households there are items that are no longer needed, but are still too good to throw away. In this shop they can be of use again – that is sustainability in practice. Many people enjoy swapping or at the least, it is important to them that someone else can use the things. You can bring anything that you can carry on your own, as long as it’s clean and still works. During the opening hours you can bring things to the shop and take up to five items with you – but since the shop is usually so full we often turn a blind eye to limits.

How did this shop come about and how is it financed?

The basic idea came from City Marketing Wolfsberg and had been in discussion for a while, but it was finally implemented as part of the Smart City project “smartWOLF”. The shop is rented by the Wolfsberg City Council on special terms and the employees work on a voluntary basis. They and a small group of Lavantalers also helped with the construction of shelving, which took place under the direction of “Studio Magic” from Graz and was supported by the Johann Offner Holzindustrie GmbH and the Penz joinery. The “Kost-Nix-Laden” is regarded as the temporary use of a vacant shop space. As soon as a permanent tenant is found for the business premises, the “Kost-Nix-Laden” will move on.

Has the shop found acceptance among the Lavanttal population?

The shop is very popular. Whenever I walk by I like to take a look inside – there is always something going on. In small towns like Wolfsberg the time has come for such shops, because of the social component of course, a special concern for me, but also to support resource conservation and sustainability.

How does this shop fit into the general urban development of Wolfsberg?

A lot has happened in Wolfsberg in recent years – but despite many successes, urban development is an ongoing process that requires constant attention, ideas and commitment. The City Council contributes a lot to this, but of course a great deal would not have been possible without the support of volunteers such as the StadtmacherInnen, who have achieved a lot with their events in vacant premises. The “Kost-Nix-Laden” is also run by a team of committed volunteers, with the support of Eva Schatz from City Marketing. The revitalisation of the old part of town has been and continues to be a major goal of the City Council and improving the cityscape, especially in the historic town center, has largely been a success. Shops like “take a Ride”, “Fundus” or “Frisur Pur”, “fesch & frech”, Chili Fraunz and many more have settled in the old part of town and are very popular. The pop-up shop funding has also made a lot possible.

What is a pop-up shop?

Pop-up is a modern expression for something short term. If someone has a business idea, often it isn´t realised because of the financial risks. In Wolfsberg there is the possibility of submitting a business plan and applying for the pop-up funding, of course only for a shop space in the old part of town, which is what this funding is about. The rental costs for the selected business concepts are covered for half a year and a grant from the KWF (Carinthian Economic Promotion Fund) is also received. Thus, you can test a business idea risk-free. There have been 14 such pop-ups in the last 2 years. “Fundus”, a shop for second hand wares next to the “Kost-Nix-Laden”, was also one of them – Andreas Mosgan-Steinbachner decided to go it alone after receiving funding for the first 6 months and “Fundus” has now been around for over a year. In general, the corner of Bambergerstrasse and Burgergasse has developed into the “second hand” district of Wolfsberg – the “Kost-Nix-Laden”, “Fundus”, the flea market corner in “Soma” and the used clothing store from the “Verein zur christlichen Barmherzigkeit” – all in close proximity.

What are the opening times of the “Kost-Nix-Laden”?

In the beginning, the shop was open Monday through Saturday and was unattended. Despite initial skepticism, it worked very well. In order to make sure later on that the Covid 19 measures would be abided by, the volunteers had to be present in the shop. So now it is open on Mondays, Wednesdays and Fridays from 3:00 p.m. to 5:00 p.m., Tuesdays and Thursdays from 10:00 a.m. to 12:00 a.m.

This shop is now permanently rented and the Kost-Nix shop has been relocated but is very close, between the Krasser hat shop and the rehearsal room of the men’s choir. Hoher Platz 6 is the new address (in the former Stadtwerkstatt) and the opening times are the same as before.